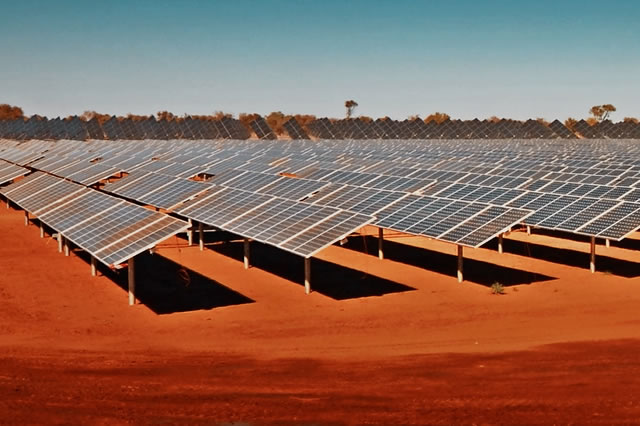 According to the Public Relations Department of the Renewable Energy and Energy Efficiency Company (SATBA): This power plant with a capacity of 7 megawatts (6 megawatts of fixed and 1 megawatt with tracker ) is provided by the Kerirener Solar Energy Parsian Company in the Bashik Tepeh area of ​​Hamadan with the capture of capital Foreign (Germany) has been built up to 7.75 million euros.
The most important feature of the power plant is its type of structure and its stroke, which, despite the screws and advanced machines, are equipped with a minimum of errors for GPS and lasers, and have a good rate of progress in the project. The other benefits of this power plant project are the creation of more than 100 people during the project’s construction and employment of 7 people after the completion of the project, all of which were selected from among the natives of the region.
The plant, with a production of 14,000 megawatts a year, will prevent 9598 tonnes of carbon dioxide emissions, the report said. It also saves fuel consumption of fossil fuels (3.95 million cubic meters) and water (3060 cubic meters).
It should be noted that so far, 6 MW power plants with a total capacity of 45.4 MW and more than 22 small-scale power plants have been installed and put into operation in Hamadan province.